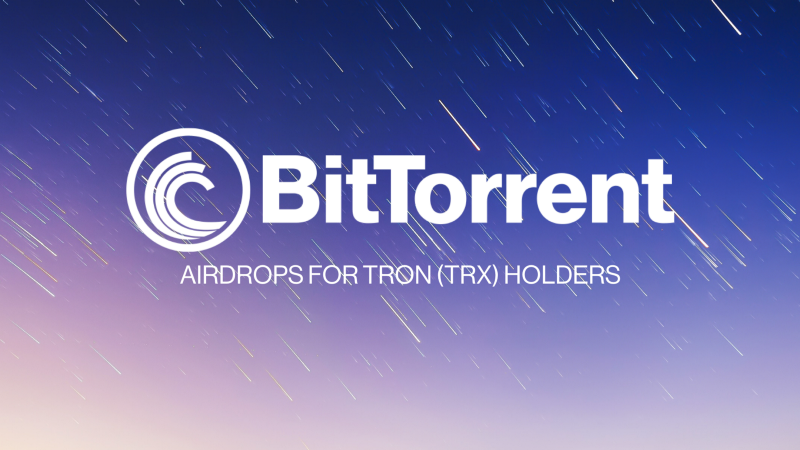 Despite the deep correction of the cryptocurrency market, today successful projects continue their development and step into a happy cryptocurrency future. Perhaps one of the most striking examples was the BitTorrent project.

A bit of history

BitTorrent is the flagship developer of peer-to-peer technology for sharing files on the Internet. The leading place among the company's products took μTorrent and BitTorrent.

Naturally, such a promising company could not go unnoticed. In May 2018, the first reports appeared on the network that the Tron Foundation, represented by Justin San, plans to acquire BitTorrent. July 24, 2018, the company confirmed the rumors about the acquisition on its official Twitter page:

On the same day, Justin Sun commented on the deal that BitTorrent and TRON will direct their joint efforts to create a decentralized Internet, thereby confirming the official statement, previously published on the BitTorrent blog.

Six months later, the story of TRON and BitTorrent got its continuation. On January 3, 2019, a press release was published on Cointelegraph stating that BitTorrent's peer-to-peer torrent client as part of Project Atlas plans to release its own BitTorrent tokens (BTT). This is the first and important step in the tokenization of its own ecosystem, which serves more than 100 million users.

According to the release information, the exchange of tokens between users will help optimize the speed, which will allow for faster file downloads.

The release also revealed the nature of the token itself. VTT tokens will be compatible with TRC-10, that is, they fully comply with the technical standard supported by the blockchain TRON.

Today, the BitTorrent Foundation is actively stirring up community interest in the new token – a large-scale plan of airdrop has appeared on the network in the official blog of the project. According to the plan, airdrop will be held every month, until 2025.

Over the entire period, BitTorrent Foundation plans to distribute 99,990,000,000 BTT. The first distribution of BTT tokens among TRON cryptocurrency holders was held on February 11, 2019 and amounted to 10,890,000 BTT. Clients of the Binance cryptocurrency exchange , as well as users of Tron Wallet and Trust Wallet have already received the first coins to their exchange account.

How to get BTT if you have Russian ruble or Ukrainian hryvnia?

To resolve the issue, a stock exchange is suitable, on which the TRX / RUB and TRX / UAH currency pairs are represented. According to the resource coinmarketcap.com, only on the EXMO Exchange there is an exclusive opportunity to purchase TRON for these fiat currency.

Exchange EXMO is famous for its intuitive and concise interface. After a simple registration, a wide choice of trading instruments opens up before the user – more than 130 currency pairs, as well as a huge number of payment systems for entering and withdrawing fiat currencies.

You can replenish the Russian ruble with payment methods that are popular for the Russian Federation: Visa / Mastercard, YandexMoney, Qiwi, Payeer; Ukrainian hryvnia – through terminals PrivatBank, AdvCash, Visa / MasterCard and others. Commission for each payment system individual, detailed information on each can be studied on the official website of the exchange in the section “Commissions and limits”.

In addition to the Russian ruble and hryvnia fiat currency, the platform represents the dollar, euro, Turkish lira and Polish zloty. It can be concluded that EXMO is gradually expanding the markets of influence, and in the near future more exclusive currency pairs will appear on the platform.