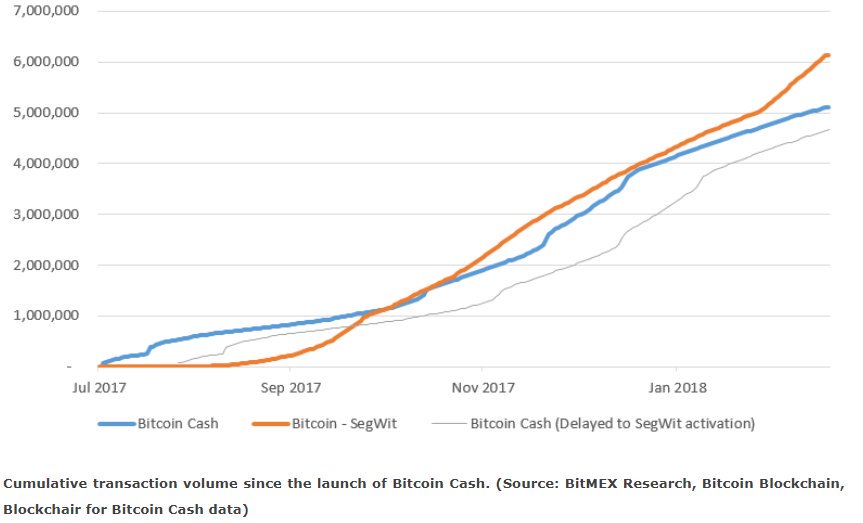 Experts of the BitMEX cryptocurrency exchange analyzed the effectiveness of the Segregated Witness protocol in the main Bitcoin network. It is noteworthy that before the start of the stress test of the Bitcoin Cash network, the number of SegWit transactions exceeded the August fork figures by more than 95%.

Since the creation of Bitcoin Cash, users have executed about 22.1 million SegWit transactions in the Bitcoin network, which is currently approximately 17% more than the total number of BCH transactions (18.9 million).

At the same time, the average daily number of transactions on the Bitcoin Cash network is about 9% of Bitcoin's figures, although it fell back to 5-6% in March.

Earlier, the BitMEX Research team concluded that ICO projects are unlikely to bring down the price of Ethereum (ETH), since a significant portion of digital assets have already been sold for fiat currency.