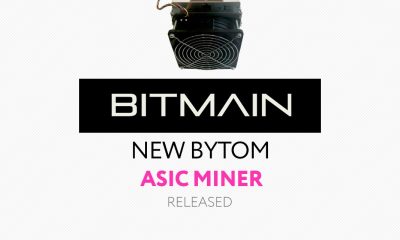 The largest manufacturer of mining equipment Bitmain, continues to produce more technological models of ASIC-devices for popular mining algorithms. At the end of December 2018, she released Antminer D5 for mining Dash .

Now – one more novelty, this time oriented on extraction Zcash. This is Equihash Miner Antminer Z11 , which allows you to get this cryptocurrency three times more effectively, as well as other similar ones that are already based or will work on the basis of the Equihash algorithm.

In terms of capacity, the new Antminer is “loaded” with three times more hash capacity , which in standard mode amounts to 135 technical operations per second with a figure of 142. The update thus came a little more than 10 months from the moment how the predecessor was released , the Antminer Z9 .

The novelty is focused on the consumption of 1418 watts. From a technical point of view, Antminer runs on nine twelve-millimeter chips. The use of the ventilation system in the equipment is carried out in accordance with the principle of parallelism. Despite the powerful hood, the total energy savings will be 60%.

Recall that Bitmain is a corporation from China, where the authorities represented by the sectoral technological institute CCID regularly evaluate the characteristics of Dash, Zcash and other cryptocurrencies related to the concept of “anonymous”, very high, even higher than Bitcoin . Shipment of the first batch of new equipment is expected on April 20 with the selling price of $ 1,242.

What is the payback of equipment?

It depends on the cost of 1 kW of energy, as well as very different overhead from manufacturers.

With a price of 1 kW at 5 rubles, the Equihash Miner Antminer Z11 will have a payback period of at least four months, but it must be borne in mind that this is only an approximate calculation and in each case an individual prediction of payback is needed, including calculation using the “real options” method the decision to acquire mining equipment .

Date of publication: 20.03.2019
Share this material on social networks and leave your opinion in the comments below.