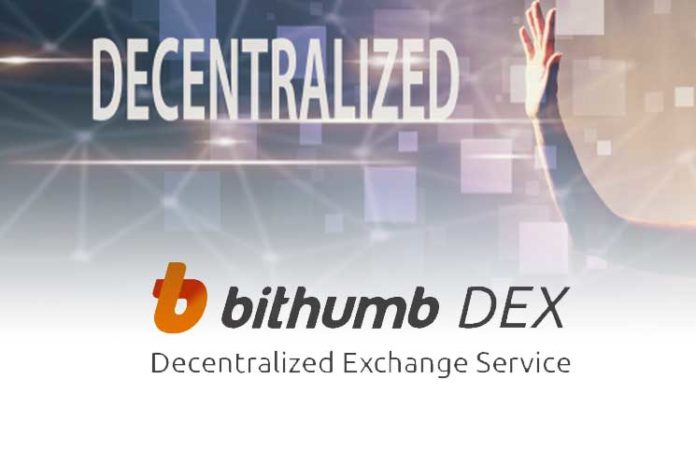 Bithumb, one of the largest cryptocurrency exchanges in Southeast Asia and Korea, announced the Super Airdrop Festival, within which any registered trader can participate.

In its Twitter, the Bithumb exchange indicated that one of the customers who will register between November 12 and December 11, 2018 will receive a prize of 15 BTC. The winner will be selected randomly. 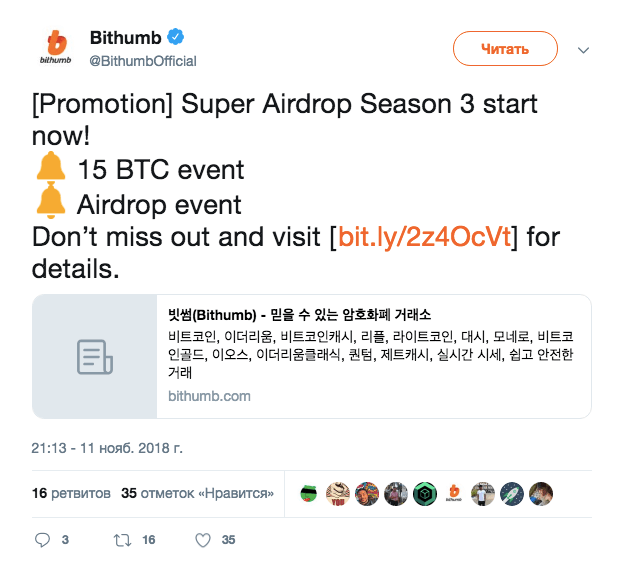 It is worth noting that the "Super Airdrop Festival" was announced   in honor of the fifth anniversary of the company Bithumb. Over the years since its launch, the stock exchange has grown significantly and won first place in South Korea in terms of trading volume.

According to Bithumb, the airdrop winner will be announced on December 24, 2018 and will receive the full amount (15 BTC), regardless of any fluctuations in the cryptocurrency price.

Also, representatives of the exchange announced another “airdrop” cryptocurrency called “Free Commission Coupon for every coins and get an Airdrop every week!”.   With this airdrop, the exchange seeks to reward those who trade in large volumes of digital currency on the platform every week.

So, according to the description, 10,000 Korean won will be distributed among 500 winners every Monday, starting November 12, 2018. At current market prices, Bithumb will eventually hand out more than $ 100,000 to winners of digital assets.

However, participation in the second “airdrop” is not free, users will have to purchase a coupon for 10,000 won (about $ 9). The coupon will allow the user to participate in the event for one month, and also provides a temporary interest-free trade.

The first place winner will be rewarded with 7 BTC, while the next four participants will take second place and will be awarded 100 ETH each. For the ten third place winners, Bithumb announced a prize of 8,000 XRP. And this is not a complete list of all digital assets that the exchange plans to distribute to its customers.

What do you think about “airdrop” on the Bithumb exchange?