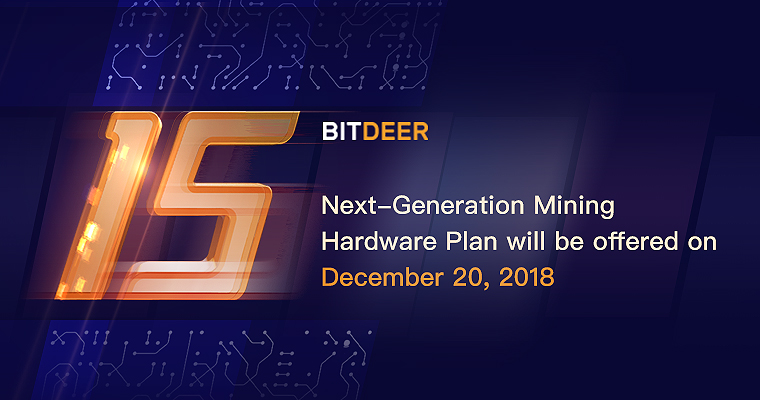 The BitDeer computing power rental platform will play out over 14,000 red envelopes with Bitcoin -winning awards and free-of-charge mining plans for the Spring Festival.

Singapore's BitDeer company officially launched on December 12, 2018. Currently, it is the world's largest platform for sharing computing power, allowing you to engage in cloud mining in transparent, reliable and convenient ways.

Spring Festival – a holiday that is celebrated throughout Asia. According to tradition, during it people give each other red envelopes with a certain amount of money – a symbol of a happy life.

Such envelopes will be raffled off on BitDeer.com – within 12 days from January 31, Beijing time, users will be able to receive a certain number of red envelopes when using the services of the company:

In the envelopes will be random prizes:

Separate bonuses are waiting for VIP-users – they will have the opportunity to receive exclusive premium coupons. Among them – 7-day insurance contracts from January 28; coupons for the free extension of contracts worth more than 5 thousand dollars, as well as priority processing of orders.

Buy VIP status can users who are planning to buy contracts worth more than 5 thousand dollars.

If you do not already have VIP status, but you intend to purchase a contract (s) worth $ 5,000 or more (including new users), contact the company contact person in advance to take advantage of the VIP service.

During the celebration, BitDeer.com will also double the reward for fulfilling the conditions of the “Invite a friend to get bitcoins” promotion. Users who invited friends within 12 days will be able to receive bonuses in Bitcoins equal to 4% of the amount of payments from the first purchase of a new user. An additional reward will be received by the invited user.

According to the company, thanks to the partnership with BTC.com and AntPool, it can provide miners with flexible tariffs for the use of their equipment, and also allows them to reduce the cost of bitcoin mining .

BitDeer.com managed to achieve explosive growth even in the conditions of a general decline in the cryptocurrency market. For the last two months, the company's website traffic reached 1.2 million visitors or 50 thousand active users per day. Currently, the leading computing power sharing platform serves customers from more than 165 countries, and more than 40% of orders are from US users.

Publication date 01.02.2019
Share this material on social networks and leave your opinion in the comments below.