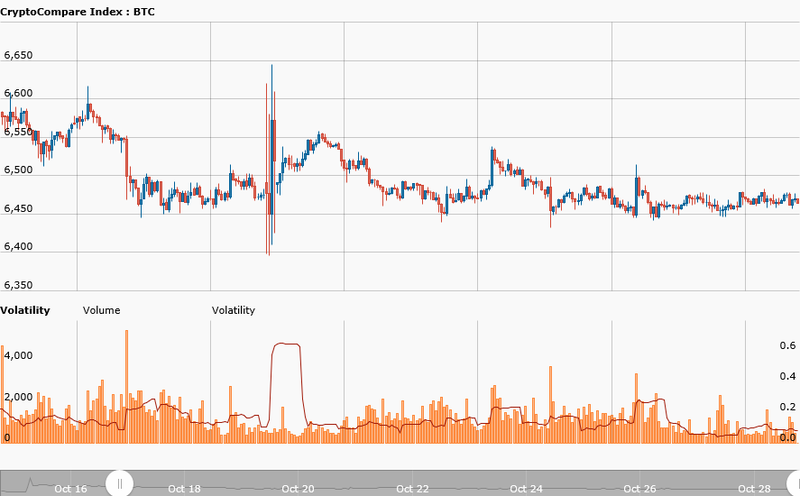 Bitcoin has experienced a lot since its launch in 2009. The most notable event in the history of Bitcoin is the phenomenal collapse in 2018, from which the asset has not yet recovered. However, there are signs that the cryptocurrency may be preparing for something big.

Although the main problem that kept potential investors and the main reason for the delayed approval of the SEC ETF was volatility, the latest Dow Jones data show that volatility has dropped to a record low. The data show a tight trading range of 7.8% for Bitcoin in March 2019, which is significantly less than the narrowest range since 2017 at 21.2%.

Volatility itself is a neutral signal. However, historically, periods of low volatility of BTC always preceded long bullish runs, especially after strong surrenders of capitulation observed in November and December.

Volatility is the rapid change recorded in the price or value of an asset. This phenomenon characterizes the cryptocurrency market as a whole. In this case, prices change so quickly that sometimes the market can lose 6 billion dollars in less than 24 hours. This was the main problem facing crypto-adaptation for daily payments.

Although the reduction in volatility indicates a potential increase in Bitcoin, according to Marty Bent, the creator of the podcast "Tales from the Crypt", this growth may not last long. However, he also believes that market maturity through long-term price stability is possible and will one day become a reality.

Also, many experts say that the ETF for Bitcoin will not appear in the near future, as the market must mature, and this will not be enough for ten years.

The crypto community and the market are eagerly awaiting the day when Bitcoin becomes stable enough to be used like the US dollar. What do you think – is it real in the near future?