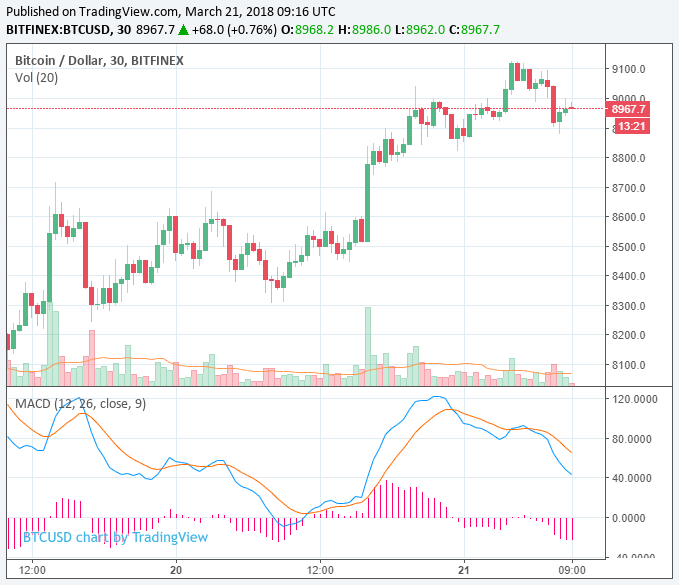 In the evening on Wednesday, September 19, the price of bitcoin for a short period of time first fell to $ 6,100, and then swiftly went up, exceeding the $ 6500 mark.

An unusual pattern in the market was accompanied by reports about the hacking of the Japanese stock exchange Zaif.

"Just reported from Japan: the Zaif exchange was hacked, 5966 BTC (37 million USD) was stolen from a hot purse. The theft occurred five days ago, but reported only now. BCH and MONA have also been abducted, " Kai Kurokawa, developer of the LBRY platform , wrote on Twitter.

In additional tweets Kurokawa said that the cost of damage is estimated at $ 60 million. At the same time, two thirds of the stolen coins were investors' funds, the rest belonged to the stock exchange. The exact number of missing BCH and MONA coins remains unknown.

According to the developer, the exchange took four days to detect a hack.

It took them 4 days to notice the hack. The fact that they do not know the amount of #BCH and #MONA is another sign of their complete operational incompetence. Is Mark Karpeles @MagicalTux running this place?

"The fact that they do not know the exact number of missing # BCH and # MONA is another sign of complete incompetence. There everyone is in charge of Karpeles @ MagicTux? " Kurokov asked sarcastically, referring to the former head of Mt. Gox by Mark Carpeles.

On the site Zaif in the meantime there was a message in which the fact of hacking of the exchange is confirmed. At the same time, unusual activity began on September 14. Also, the exchange speaks about stopping withdrawal of funds and taking deposits.

Despite the fact that the news about Zaif hacking led to a sharp decrease in the price of bitcoin, after just 10 minutes it quickly went up. This time, the reason seems to be the purchase of 5 million market contracts XBTUSD at $ 6469.2 at the BitMEX exchange.

The user of WhalePanda also recalled that today, September 19, contracts for bitcoin-futures on the CBOE exchange expire:

At the time of publication, bitcoin, having risen on a number of exchanges to $ 6,510, slightly corrected and traded around $ 6,425.