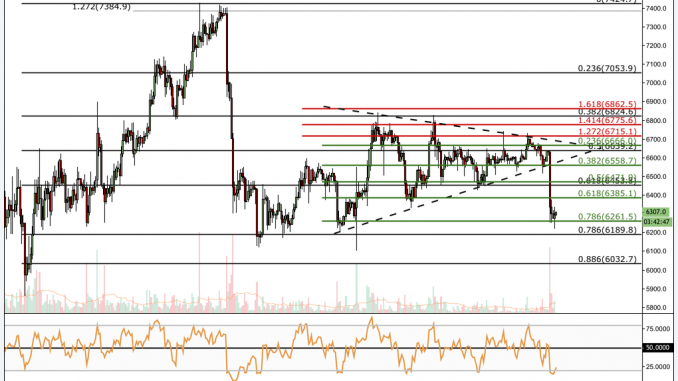 This morning Bitcoin fixed its maximum at the price level of 6,459 US dollars, before embarking on a downward trend.

On the other hand, if sellers increase price control, and Bitcoin, in turn, breaks the support of the triangle, further breakdown will be below the support range at the price level of $ 6,355 (just below 50% of the Fib level). The next support target is $ 6,200, and the key support area is $ 6,100.