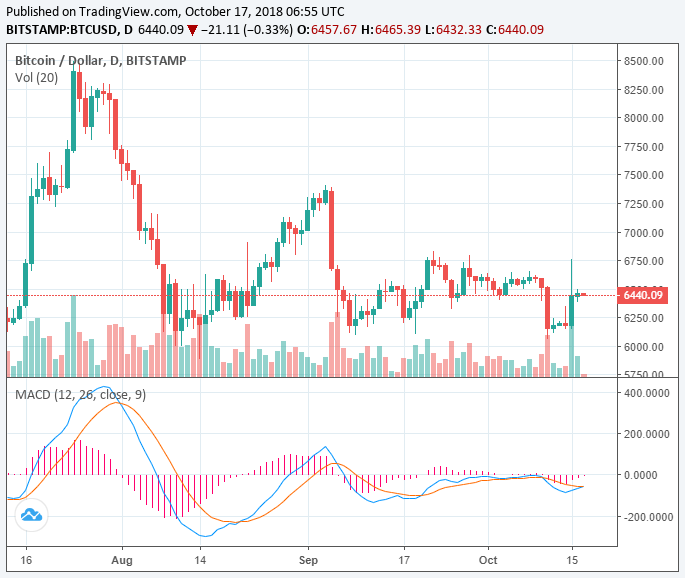 In the October report prepared by the Israeli company OneAlpha, it says that Bitcoin is beginning to gain momentum after the 2018 correction. The stabilization of recent weeks is a sign of market maturity, which seems to have gone through the hip stages of bullish and bearish trends in previous months.

According to OneAlpha, the current bearish movement is necessary to reduce tensions in the market, it has provided a "sanitizing effect" for the ecosystem. After the abnormal bullish band of 2017, which attracted many speculators, in the second half of 2018, users will come to the market, who will perceive Bitcoin as an established market, and not a bubble.

The cryptocurrency market in the report is divided into different blocks, the first of which consists of the popular cryptocurrencies. According to OneAlpha, in fact, 2018 was the year of strengthening Bitcoin, during which the main cryptocurrency restored the market share, temporarily left to the altcoins:

“Now Bitcoin is gaining momentum and occupies more than half of the total capitalization of the crypto market. Ethereum covers 10% of the total market share. Currently, there are more than 2,000 tradable cryptocurrency assets and more than 1,000 unique tokens worth about $ 14 billion.

87% of tokens are developed on the Ethereum blockchain, NEO and Waves occupy about 2.4% each … This data suggests that Bitcoin capitalizes about 71% of all currencies, and 54% of all platforms broadcast. ”

The document OneAlpha emphasizes the importance of the ICO , which in spite of the facts of fraud attracted the attention of the society to a new market. In addition, there has been an increase in institutional investments and patents for blockchain development issued in China and the United States.

In general, the current situation is regarded as very positive. According to analysts, the behavior of the market in 2018 is a natural and necessary reaction to the madness of 2017:

“We are witnessing a stage of maturity – a decrease in the activity of retail investments and a more cautious, responsible approach on the part of institutional investors, on the one hand, and attempts at regulation around the world on the other.

A protracted bear market can be an ideal period for understanding the external and internal capabilities of the cryptocurrency and blockchain ecosystem. The next important goal is to take another step towards bridging the gap between consumers, traditional investors and blockchain technologies . ”