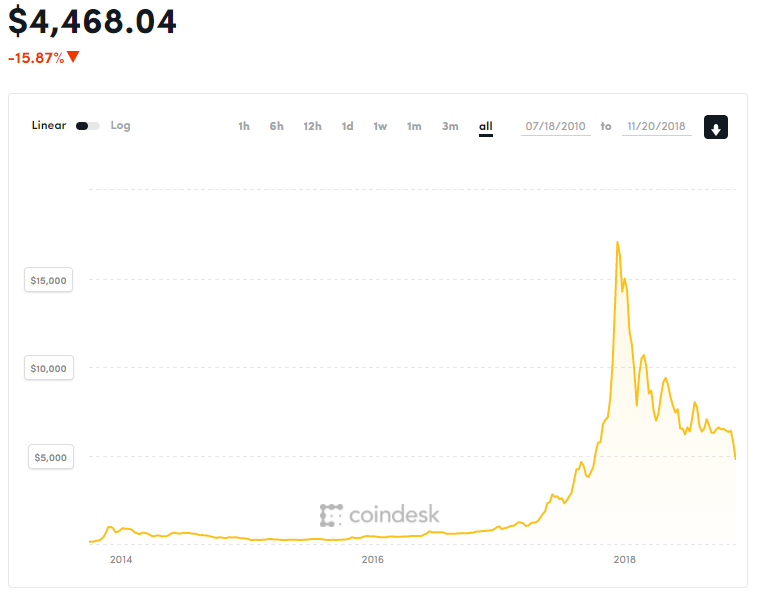 Today, October 25, the price of the first cryptocurrency made a sharp jump above the $ 8600 mark.

The chart below shows that a sharp movement of more than $ 1000 (> 15% from previous marks in the region of $ 7400) occurred against the background of a significant increase in trading volumes:

According to the Rekto service, over the past 24 hours, positions at $ 200 million were liquidated on the largest crypto-derivative exchange BitMEX, and over the last hour more than $ 28 million.

In turn, a new record was fixed at the regulated supply market of Bakkt futures – 770 BTC in trading volume over the last day.

According to the “tradition”, altcoins grow along with digital gold:

It is noteworthy that against the backdrop of a sharp recovery in the market, the stablecoin Tether lost parity with the underlying American dollar.

Earlier, BlockchainJournal reported on large transactions with Tron (TRX) related to the migration of USDT tokens from one blockchain to another and, presumably, with an increase in the market offer of Tether itself.

Also earlier today , a statement was announced by President Xi Jinping in support of blockchain technology. It is possible that it had a positive effect on market sentiment.