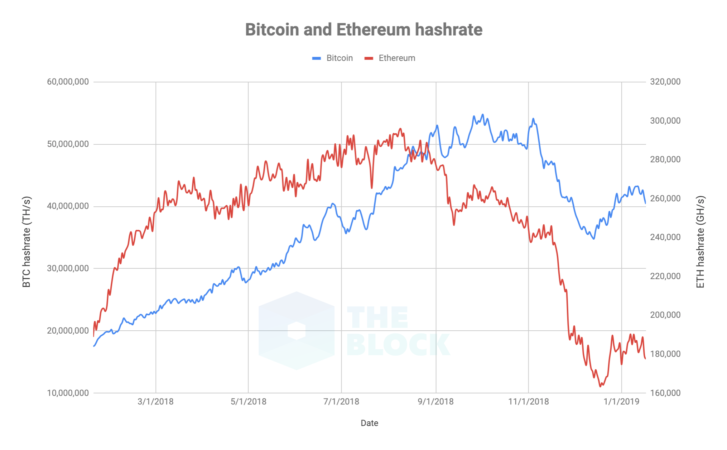 In the traditional Sunday digest – Bitcoin continues to flat near the $ 4,000 mark, the hash rate has grown, Parity has released a new client for the ZCash network and other key events of the outgoing week.

During the week, the weighted average rate of Bitcoin, according to CoinMarketCap, was in the range of $ 4,000- $ 4,095. At the same time, on Friday the trading volumes of the first cryptocurrency and steyblecoin USDT updated their local maxima, reaching $ 11 billion and $ 10 billion, respectively. Market capitalization is still holding at $ 140 billion.

It is worth noting that over the past few days, two reports were immediately released on fake trading volumes on unregulated cryptocurrency exchanges: from The Tie platform and Bitwise Asset Management.

Thus, they independently concluded that more than 90% of the indicators were falsified and had no economic sense. It is noteworthy that Bitwise sent its presentation to the US Securities and Exchange Commission (SEC).

For more information about the scale of the problem and confidence in the CoinMarketCap can be found in the exclusive BlockchainJournal:

In the meantime, the hashrate of the first cryptocurrency reached new local maxima, reaching 52.4 EH / s, but then adjusted to 43 EH / s.

At the same time, it became known that the mining giant Bitmain is in talks with farms from the provinces of Yunnan and Sichuan, and intends to place there about 200 thousand Antminer S11 / S15 devices against the background of a seasonal decline in hydropower. Nevertheless, it is still unclear exactly which networks will be used for power.

The success of the platform Binance Launchpad, apparently forced the market players to think about launching similar projects. So, the upcoming launch was reported by Kucoin and Huobi .

Two IEOs took place this week. In just five seconds, the LINIX project attracted $ 52.5 thousand to the South Korean ProBit and intends to hold another round. In addition, the exchange reported on three upcoming tokensaley.

On the leading platform from Binance , IEO of the Celer Network project took place , during which there was a problem with the capacity of Launchpad, which did not allow many people to purchase tokens.

still had capacity / caching issues with this "upgraded" version. Will be working in the future.

Probably, in connection with this, the stock exchange decided to change the format of the next tokensale to a lottery in which the randomizer system will choose BNB holders who can acquire a new asset.

Parity, a leading developer of software for the Ethereum network, will introduce a client for the privacy-oriented cryptocurrency ZCash in partnership with the Zcash Foundation. The software of the node will be written in the Rust programming language and will become an alternative to the existing zcashd.

“Our collaboration w / @ZcashFoundation will bolster the cryptocurrency as a tool for financial privacy. 'Re excited to for We to leverage the expertise <br> we've Invested in Parity @Bitcoin The while building a foundation for a @polkadotnetwork #Zcash bridge "-. @Fredhrson https://t.co/pgJBn1B5iy

Another step towards mass adoption

This week, two large companies immediately announced the start of accepting Bitcoin payments: the largest online retailer in Switzerland, Digitec Galaxus, and technology solutions provider Avnet, which is on the Fortune 500 list.

At the same time, the payment giant Visa announced the creation of the Crypto Team and opened the vacancy of a technical product manager in the new department.

The trustee of the bankrupt Bitcoin exchange, MtGox, said that the creditors ’applications in the framework of the civil rehabilitation process have been reviewed and soon they will be notified of his decision.

There is an opinion in the community that after the distribution of assets among creditors, massive sales will follow, but for the time being it is not possible to assess the risks involved.