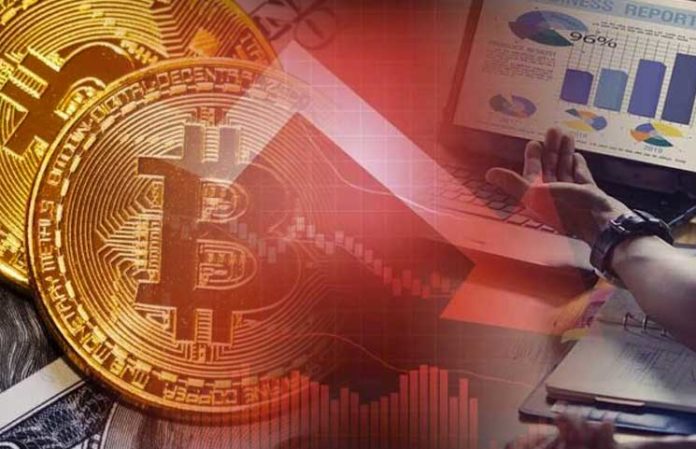 According to analysts from the Adamant Capital cryptocurrency fund, the price of Bitcoin (BTC) has really gone through the bottom, and the accumulation stage is currently taking place – the first stage of the future bull market, when visionary investors start preparing for the next rally.

Moreover, say the authors of the report Tuur Demeester and Michael Leskrauvet, the general mood of crypto investors has changed from despair to hope.

In support of this statement, the researchers give a chart of the ups and downs of the Bitcoin price in combination with unrealized profits and unrealized losses. This criterion is based on the cost of each bitcoin, when it last moved (presumably, at the moments of buying / selling), accumulating into the “realized capitalization”. This indicator was then subtracted from the actual market capitalization of the cryptocurrency, as a result of which unrealized gains / losses were calculated.

The researchers are also convinced that at the moment Bitcoin (BTC) is undervalued. The so-called “weak hands”, they said, left the market in November 2018, and this surrender laid the foundation for the next market cycle.

From this point on, “unrealized losses doubled in a matter of weeks”, prompting expectations of a rapid market recovery, the report says. However, when in just one month the market lost 48%, these hopes quickly gave way to despair.

This is also confirmed by Google Trends data , according to which search queries for the phrase “buy bitcoin” fell below the similar indicators of March 2017. Negative moods also prevailed in social media – if initially many investors were convinced that Bitcoin would not fall below $ 6,000, the further development of the event in the markets only intensified general pessimism, often even turning into aggression. So, representatives of Adamant Capital say that they received many letters at this time with threats and insults.

Analysis of the fall of the market in November 2018

The report also describes in detail how the November capitulation changed the landscape of long-term and short-term holders of cryptocurrency .

So, in early 2018, many investors held onto their assets because of the so-called disposition effect — the tendency to hold an asset that has lost value, in the hope of selling it at a higher price. The November fall in prices, however, was a shock for many of them. For example, in the period from November 14 to 16, 2018, more old Bitcoins were sold than on February 23 of the same year, when the first cryptocurrency per day fell in price by almost $ 900.

This conclusion is similar to the analysis of unspent transactions Delphi Digital, published in January 2019, which also stated that Bitcoin is in the accumulation phase and that the bottom will be covered in the first quarter of 2019.

Be that as it may, Adamant researchers believe that the situation “improved markedly by the beginning of 2019,” and more and more investors began to hold their positions again. For example, on April 1, the number of long positions on Bitcoin futures from CME Group significantly increased.

The authors of the report also draw parallels with the previous market cycles, which, according to them, reinforce the thesis that we have again returned to the situation when we can speak about the undervalued bitcoin.

Another argument from researchers is market volatility. At the time of the publication of the report, the 60-day level of Bitcoin volatility was at a level below 5%, which has not been the case since 2016. According to Adamant, this reinforces the hypothesis that retail investors for the most part have left the market, and now long-term investors dominate there.

When will the global growth of the crypto market begin?

The researchers emphasize that their findings do not mean that Bitcoin can not fall again to the values of November last year or even lower. Nevertheless, they expect that until the end of the accumulation stage and the start of a new rally, the cryptocurrency will trade in the corridor between $ 3,000 and $ 6,500.

Among the factors that can lead to lower prices are, for example, the possibility of a new major hacking of a large stock exchange, as was the case with Mt. Gox. Macroeconomic factors can also play a role, although in the long term, according to the report's authors, Bitcoin will be a safe haven for investors.

Other risks include withdrawal from the market of miners (although this will be offset by increasing complexity ), regulatory threats, and the ongoing civilian rehabilitation process of Mt. Gox, as well as new controversial hard forks.

When it is time to wait for a new bull market, the researchers do not say, but point to certain indicators that can help determine the accumulation phase: higher price minima caused by the fact that weak hands start selling during new rallies, as well as strong hands that do not buy Only these coins, but also buying Bitcoins during the price reduction, thus preventing them from falling even lower.

In addition, researchers draw attention to technical innovations that underpin their findings about the undervaluing of Bitcoin. These include the Lightning Network with its 45 percent monthly growth, as well as sidechains as an increasingly relevant and effective scaling solution. There is also a growing interest in cryptocurrency on the part of institutional investors.

Finally, the generation of millennials is likely to become another driver for the future rise in the price of Bitcoin. Having managed to catch the economic crisis of 2008, they are less likely to trust banks and governments, choosing alternatives such as Bitcoin.

“Basing our conclusions on the 10-year development of infrastructure, we believe that everything is ready for the truly five-year acceptance of [Bitcoin] to happen over the next five years. According to our estimates, during this period Bitcoin will become a more widely recognized tool for hedging investment portfolios, will increasingly be viewed as a reserve asset, and will also significantly enhance its status as a payment network, ”conclude the report.

Earlier this month, his report, indicating that a deep correction in prices of Bitcoin and the vast majority of the remaining altcoins may be behind and the so-called “bottom” has indeed been passed, prepared by the research division of Binance.

Publication date 21.04.2019
Share this material on social networks and leave your opinion in the comments below.