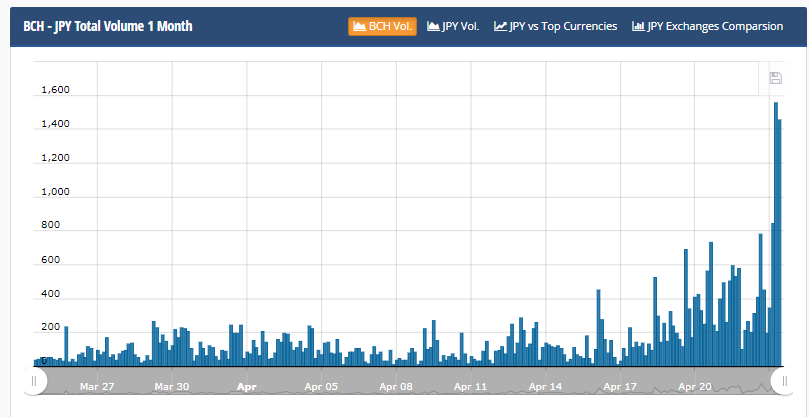 Over the past two days, the main fork of the first cryptocurrency Bitcoin Cash has grown by more than 25% – from $ 425 to $ 540. On November 15, the BCH network is waiting for its own hardfork, around which a fierce internal conflict has flared up .

Thus, the self-proclaimed Satoshi Nakamoto Craig Wright, a senior researcher at nChain, and part of the Bitcoin Cash miners led by the Coingeek pool are promoted by the Bitcoin SV client, which, in their opinion, most accurately reflects the original vision of the creator of Bitcoin.

However, the software from nChain is incompatible with the most popular client for full nodes in the BCH network – Bitcoin ABC, supported by the founder of Bitmain Cihan Wu. Many observers are convinced that, as a result, the conflict will end in a network split into two chains.

Meanwhile, BCH's daily trading volume increased from $ 225 million (November 3) to $ 930 million (November 4). Probably, many investors expect to increase the share of BCH in the cryptocurrency portfolio in order to get an equivalent number of coins in the event of a split.

Note that support for the upcoming Bitcoin ABC update has already been announced by Binance, OKEx and Coinbase.

We will support the Hard Fork of Bitcoin Cash (BCH). Withdrawal & Depositing of BCH will be suspended from 12:00 Nov 15, 2018 (CET) until further notice. https://t.co/j19UrGjrta

Here you can upgrade before the BCH system upgrade later this month https://t.co/32khx5h9cg

The upcoming release is compatible with the following clients:

Recall, according to BitMEX, before the start of the stress test of the Bitcoin Cash network, the number of SegWit transactions exceeded the August fork figures by more than 95%.