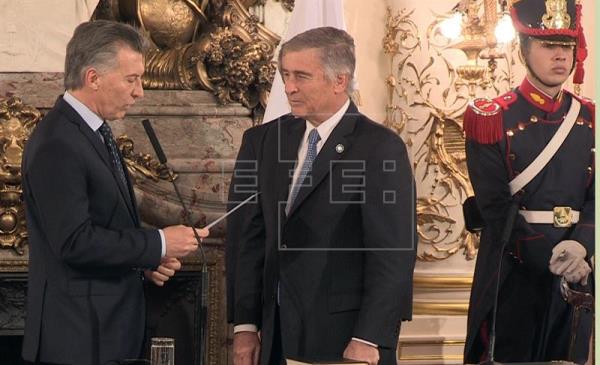 Argentine Deputy Finance Minister Felix Martin Soto announced the imminent collapse of the US currency. A crushing blow to the dollar will inflict a cryptocurrency that confidently pushes fiat money into the global market.

This point of view, an Argentine official said in an interview with Huobi Group CEO Leon Lee. The meeting was held in Beijing, during which the deputy minister and the head of one of the largest crypto companies examined options for cooperation in the blockchain industry.

Soto said that now half of Argentina’s population has no bank account at all and uses only cash in virtually all transactions. And those citizens of a country who have bank accounts prefer to keep all their savings in US dollars.

Development kriptovalyutnogo market in Argentina will reduce the impact of the dollar and strengthen the position of Bitcoin and altkoinov that will ultimately contribute to the inflow of investments into the economy of the country in a state of crisis.

“We would like to know how to cooperate in the cryptocurrency industry with Huobi . Thanks to the cooperation with this platform, we will be able to attract global investors in Argentina’s agricultural, energy and other sectors. ”

It should be noted that Tim Draper, one of the most well-known supporters of the cryptosphere, recently met with Argentine President Mauricio Macri and suggested that the country make Bitcoin the national currency. In his opinion, such a move will increase the attractiveness of the country in the eyes of international investors and technology companies.