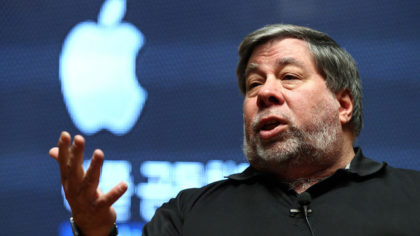 Reportedly, the company's goal is to change the traditional form of venture investment, giving participants in this industry the opportunity to make non-institutional investments and trade them on external cryptocurrency exchanges using the EquiToken token.

Wozniak’s participation should increase the credibility of the initiative among technology companies and attract serial entrepreneurs to it.

“I get dozens of ideas every day – and I always refuse. Since I founded Apple with Steve Jobs, this is the second time in 20 years when I really agreed. I want to be a part of this (an initiative that will support). I have to believe in him – and I actually believe in EQUI , ”he said.

Commenting on the message, Michelle Mon tweeted that Wozniak was her business idol from adolescence, and now her dreams have come true – and he has become her business partner.

Recall that earlier, during the ICO, the EQUI Capital investment platform attracted $ 7 million investment instead of the planned $ 75 million. This amount was received in 5 days of the spring campaign and remained almost unchanged after extending the tokensil from April to the end of June.

Assessing the results of ICO, the organizers decided to develop the company not only in the UK market, but as an international “empire” and rename it EQUI Global. In the summer, announcing his participation in the blockchain-startup, the name of which was not reported, Wozniak said he was delighted akin to the one he had at the dawn of the birth of the Internet.