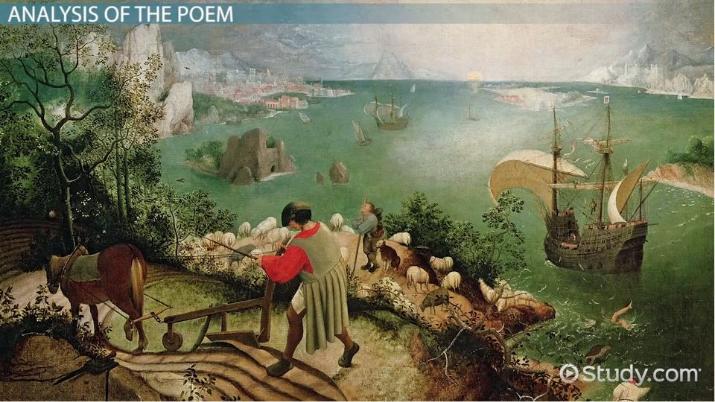 The current state of the market, which has already been dubbed the “cryptocurrency winter”, causes a considerable number of investors to have two questions: “Who is to blame?” And “What to do?”.

As analyst Phillip Nunn noted , if we now see the price of Bitcoin at $ 3,500, you should not complain why it is so low, but you need to think:

Will there ever be such a situation in the history of this cryptocurrency that it can be bought for this small money?

Crypto enthusiast Bobby Lee, brother of Tom Lee, the founder of Fundstrat Global Advisors, at the same time draws attention to the fact that buying cryptocurrencies in such a market is not easy, because it is easy to feel like a “black sheep” when most people sprinkle ashes on their heads and sell cryptomonettes. These are all reasonable assertions, but do current and potential investors in cryptocurrency listen to them?

According to the analysis of Bitcoin (BTC) shows an enviable zero correlation with many market parameters, however, the impact of publications in the media on investor sentiment can hardly be overestimated.

Thus, the company Clovr summed up the study of articles about cryptocurrency, which were published from 2013 to the beginning of the autumn of the current year. In total, 7500 publications were in the focus of attention. It turned out that for three years in a row, before the beginning of 2017, there were more positive publications about cryptocurrencies than neutral or negative ones.

However, in the first months of last year, the gradual “coloring” of most articles began in a neutral color, and when the cryptocurrency reached the historical maximums, the “black paint” of the negative began to occupy an increasing place. In the future, the decline in cryptocurrency was accompanied by an increase in their negative coverage.

The classic financial world is ready for its extinction.

What does this mean? If for a long time there was a positive, and even in classical media, then it changed to negative. It is quite possible due to the fact that the world of traditional finance has come to the understanding that cryptocurrency is not just a transforming-force, but disruptive, that is, not “transforming”, but “destroying” the principles of the work of classical finance.

The fact that this is so, showed a recent study of sentiment in the banking environment in Belgium – one of the key for European finance country. It turned out that 62% of bankers are convinced that in the near future banks may simply disappear as unnecessary, and the entire range of financial services provided will “move” to decentralized platforms.

This kind of research almost does not fall on the pages of leading business newspapers and magazines of the world, even though in this case, for example, there is an influential National Bank of Belgium behind it.

The society is set up to support cryptocurrency

Meanwhile, various measurements of public opinion show that the global community has matured a huge demand for changes that are expected from classical financial markets. Generation Z, that is, those who are no more than 22 years old now, most clearly demonstrates their opposition to working with traditional financial institutions, including banks with their bank cards.

However, such sentiments are increasingly becoming mainstream, even if key business publications in the world “do not notice” this. 94,894 people took part in a large-scale survey on the Twitter account of ex-US Senator Ron Paul, of whom only 2% said they were ready to accept US dollars as an investment gift against 50% who spoke in favor of bitcoins as a symbol of cryptocurrencies (other cryptomonettes in not offered as an option).

Analyst Ren Neuner, having conducted a similar survey, but adding different cryptomonettes, received answers from 15.816 people, 93% of whom preferred to have any cryptocurrencies than, for example, bonus miles to save on air travel. It is curious that in the study of Neuner, as well as in the surveys that followed him in Twitter-accounts of entrepreneur Wolfman , Cryptojabroni and eToro analyst Mati Greenspan lost Bitcoin in competition with other cryptonomonet.

All this also reflects the pessimism that has spread in the traditional media, which have chosen the oldest cryptomonet as the main target for their negative. Noteworthy is the fact that with a good rationale for a possible "death" of Bitcoins in the face of competition from other kriptomonetami act even representatives kriptovalyutnogo community, in particular, Samuel Leach.

It is not surprising that, against this background, public opinion polling showed that 74% of respondents do not believe that Bitcoin will be able to overcome the $ 8,000 mark by the end of the year. It is important to note that this survey gathered a large number of representatives of the cryptocurrency community, and nevertheless there is pessimism.

What can we say about the survey in Twitter-account of Charlie Bilello, research director of the New York-based company Pension Partners: 86% of 3,358 respondents are sure that in the next 12 months, Bitcoin will not be able to rise above the level of $ 4,200.

The survey was conducted on November 21, and after that, Bitcoin was able to reach the level of almost $ 4,500 in a week, that is, the majority of Bilelo's subscribers, including a significant number of his colleagues – professional portfolio managers, were mistaken.

For a small number of players in the market, especially whales, it is clear that at present there is a great opportunity to buy even more cryptocurrencies until they have risen again: from here we see that the largest investors have now increased their investments, for example, in Ethereum.

A large amount of accumulation of kryptomonet seen on Litecoin-wallets. But there is no such information about Bitcoin. It seems that No. 1 cryptocurrency was betrayed, and not only traditional financial institutions, but also, apparently, some representatives of the cryptocurrency community “drown” it, seeing it as an unnecessary competitor.

In addition, instead of closing the ranks, we see that representatives of the cryptocurrency community are beginning to "repent" that Bitcoin has risen in price in December last year, laying the foundation for the doubt that this cryptocurrency could grow so "naturally."

This is evidenced by Michael Casey from the Massachusetts Institute of Technology, as well as analyst Jill Carson, who assert that last year interest in Bitcoin was extremely speculative.

Meanwhile, there is nothing speculative in expecting that an asset that has an ideal formula for limiting its own supply on the market can not just grow in value, but demonstrate a constant, long-term growth trend, which Bitcoin shows, despite the current downward correction .

US "offended" by cryptocurrencies that cancel the sanctions

Only a speculative motive can explain the reluctance to invest in Bitcoin, when it is so attractively cheap – it’s hard not to suspect an attempt to derail the price of this cryptocurrency even lower. It is no coincidence that the authors of the petition on changge.org demanding to “stop the fall of Bitcoin” are indicated primarily by American regulators: the US Federal Reserve, the SEC and the CFTC.

Although the source of pressure on cryptocurrencies should be sought even not there, but in the Office of Foreign Assets Control (JFAC) – a division of the US Treasury, which is responsible for developing sanctions. There is an obvious line: at the G20 summit that took place from November 30 to December 1, it was decided to adhere to the FATF recommendations regarding the regulation of cryptocurrency, which deals with countering financial crimes at the global level.

Meanwhile, the head of FATF, Marshall Billingsley, who is the deputy head of OFAC, in October demanded that all G20 countries urgently “adjust” cryptocurrencies, proposing to simply ban them if “any risk is detected”.

And the main “risk” that came to light is that the existence of cryptocurrency nullifies the financial sanctions of the United States, which became apparent when failing to block the work of two Bitcoin addresses that are associated with Iran, which fell under American economic restrictions. It is clear that the cryptocurrency community should be opposed to the actions of the US authorities, which are aimed at restricting Bitcoin, determined by political motives.

Image cryptocurrency is most important

Reporting objective and positive information to users of news agencies and readers of traditional media, including the Internet, is what is called "public relations". But who will do this on an ongoing basis in the case of Bitcoin? Obviously, such work is necessary, and the decentralization of this cryptocurrency does not justify the fact that, in essence, there is no focused work with traditional media.

What do owners of large fortunes in bitcoins do? On August 20, the billionaire brothers, the Winkloss, founded the Virtual Commodities Association, but its main goal is to create industry standards. There is also no focus on working with the media and the general public among the goals of the recently established Association of Digital Asset Markets. However, what is most important?

The WTO report on blockchain and cryptocurrency states that the main thing for cryptocurrency is infrastructure development, and this requires investment. The partner of Morgan Creek Capital, Anthony Pompiano, also adheres to this point of view, considering that it is even more important than “buying cryptocurrencies at centralized sites”. However, not everyone agrees with this opinion. So, one of the founders of Ethereum, Joseph Lubin, is sure that the main thing is people, not technical solutions.

But still it can be said that the main thing is a delicious message, which is very important for any product or service that pretends to be global, and cryptocurrency is just such an asset, a message that traditional media will not be able to ignore. Improving the efficiency of transactions using cryptocurrency is the billions of dollars that are saved on migrant remittances. It is also a charity that receives an incredible push thanks to cryptomonet. All these are small examples of what traditional media would have to write about.

Cryptocurrencies as a way to resolve global problems: a step by step solution to the pension issue

Joseph Lubin is confident that cryptocurrencies solve “world-class” problems. So why shouldn't the whales go so far as to promote a cryptocurrency solution to the global pension problem, which concerns many countries, ranging from the USA and Canada, ending with France and Russia?

Russia now has $ 461.8 billion of reserves. A large part of them are kept in US dollars, whose issuer, in its recent first report on financial stability, unequivocally warned: the US currency may roll downhill along with other assets.

The capitalization of all bitcoins now does not exceed $ 69 billion. Enough to invest in them $ 10 billion to:

All this seems unlikely to someone, but it is the country that first invests its reserves in Bitcoins that will be able to provide its population with the maximum gain. Whether it will be Russia, the United States or France – time will tell, but the fact that such a development is irreversible is obvious.