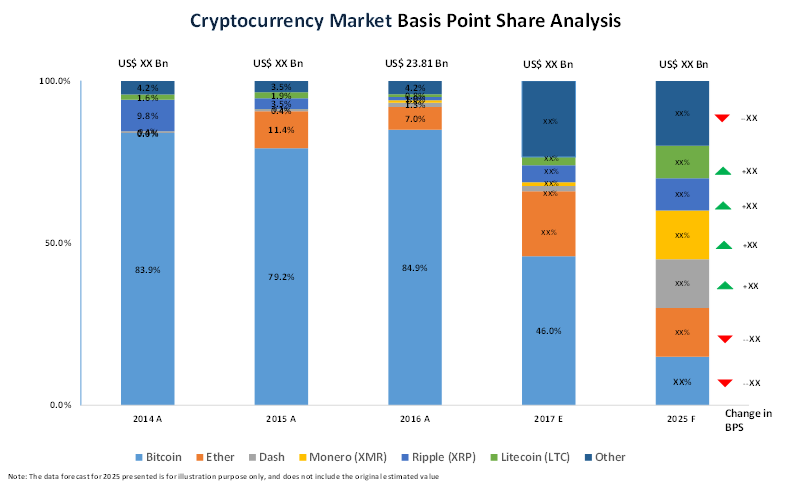 Throughout the current week, the cryptocurrency market is declining. For the time being, the medium-term technical picture describes the state of the market as consolidation or “side-facing”. A prolonged lateral movement in the near future may result in a breakdown of the lower boundary. In other words, the market is almost “ripe” to complete the correction and continue the development of the downtrend.

The current technical picture of Bitcoin Cash speaks about the development of a local downtrend to the support line of the main channel. It should be noted that at the moment the quotes are enclosed in the framework of the corrective side corridor. Resistance is at $ 536.00, and support is around $ 495.36.

Breakdown of resistance will allow growth to grow to at least $ 588.36, and overcoming this level, in turn, will change the medium-term technical picture in favor of the development of an uptrend. But in priority order it is worth considering the option of breaking the local support line and further reducing to the main support by $ 408.62.

A confirmation factor in favor of the reduction will be the transition of the MACD histogram to the negative zone, followed by the Black Cross. With a developing decline, a convergence is formed on the MACD and Stochastic indicators, which can warn of a rollback after reaching local goals.

From the point of view of technical analysis, the 1-hour timeframe of EOS demonstrates a return to the frame of the previous corrective "Triangle" after a false breakdown of the resistance line. The developing downtrend has already come close to the main support in the $ 5.09 area. Breakdown of this level will open the way to reduce to the projection support level – $ 4.88.

It should be noted that convergence is observed in the MACD and Stochastic indicators, which may indicate the development of corrective growth after reaching the target support line. Also, do not exclude the possibility of overcoming the local line of resistance at the mark of $ 5.35, followed by an increase to the main resistance of $ 5.75.

The first thing that catches your eye when considering Ethereum's 1-hour chart is, of course, not developing a downtrend, but its slowdown against the background of emerging convergence on the MACD and Stochastic indicators. At the moment, quotes, on the one hand, are testing the resistance line of the medium-term channel, and the support line for the short-term channel on the other. These two factors may indicate a further breakdown of the support level at $ 202.12, and the continuation of the decline to the support line of the medium-term correction corridor – the $ 197.55 mark.

Taking into account the formation of convergence on indicators, we can assume that after reaching the line of support, the market will roll back. As the main signal for the development of the corrective trend will be the breakdown of the resistance line of the downward channel at the mark of $ 204.85. And correction goals can be located at $ 207.77 and $ 211.00.

On the 4-hour Litecoin chart, we can observe the development of a downtrend. The goal of the decline is the line of support for the overall consolidation "Triangle" – the level of $ 47.52. If the market manages to overcome it, then we can expect a decline to the projection line of support of the forming channel at around $ 42.60.

Taking into account the stay of the Stochastic indicator lines in the oversold zone, we can assume that after reaching the target support line and the formation of the Golden Cross, the market will go to a correction to the resistance at the $ 52.10 mark.

On the 1-hour XRP chart, we see that the quotes develop the dynamics of the downward movement, but within the framework of a larger upward channel. Local and ultra-short-term trends can be called "classic correctional outset". In this case, it is worthwhile to consider the option of breakdown of the local support line and decline for the main support test at $ 0.48. In turn, its breakdown will open the way for quotes to further reduce to the target support level of $ 0.44.

The confirming factors in favor of this are the MACD and Stochastic indicators. In addition to all of the above, it is worth considering the option of a breakdown of the resistance level of $ 0.51 and an increase to the level of $ 0.53, since the correction may be delayed.