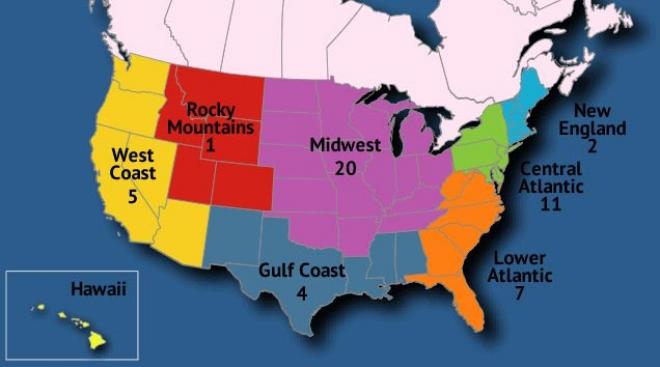 Avnet has expanded the list of companies that have seen the future behind digital assets.

The American company Avnet has decided to charge Bitcoin (BTC) and Bitcoin Cash payments from its partners. It is noteworthy that such a decision was made not by a startup, but by an organization that was created in 1921 and is the oldest supplier of electronic components in the USA. She is also one of the largest players in the world in this sector, entering the Fortune 500 list.

The operator of payments will be BitPay, which has already established itself in various projects, including in Ohio, where using this service, companies can make mandatory payments to the budget with cryptocurrency.

Avnet customer base is 2.1 million organizations and individuals, so for the distribution of cryptocurrency is a serious step. The company approached him consciously. Vice President of Demand Management Sunny Trinh said:

“We work with BitPay, as it helps us to provide blockchain payments for all types of our customers, so that we can allocate more time to focus on the development of our products, since the financial transaction process itself will take from us and our customers have less time. ”

“Bitcoin calculations are not only easier and faster than traditional payment methods, but they are also less expensive.”

Avnet has expanded a number of well-known companies in the United States, which have included the ability to pay for cryptocurrencies in their payment functions. Among them – Microsoft, Dell and Overstock. Earlier it was reported that the largest Swiss retailer, Digitec Galaxus, will also start accepting Bitcoins for payment.

“According to some reports, this company is larger in scope than the Swiss Amazon division.”

Date of publication: 21.03.2019
Share this material on social networks and leave your opinion in the comments below.