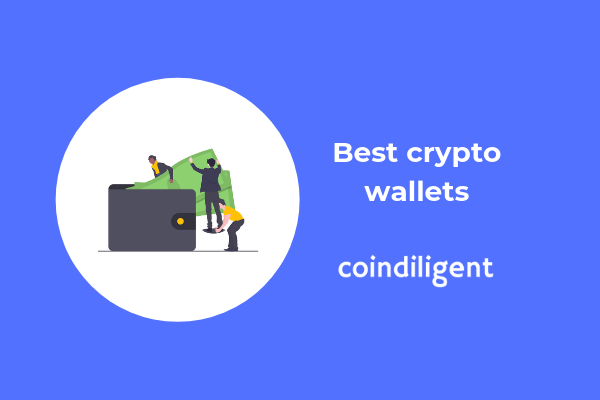 Finding a suitable wallet that can support your favorite cryptocurrency is not so easy. Perhaps Cardano users have noted that there are few options. However, today there are several offers that allow you to safely and securely store your own ADAs.

In the cryptocurrency industry, the use of hardware wallets is the safest option for storing funds. For Cardano users, there is a choice between Ledger Nano S or Trezor wallet . Both hardware wallet have their advantages and price differences. As we can see, both well-known companies support the popular altcoin .

Among the members of the community, Cardano Daedelus is called “the official open source client”. This is an open source wallet that supports ADA.

Users can manage their funds, and developers can build additional applications on top of existing infrastructure. Daedelus also allows users to create their own paper wallets directly, which is very convenient. All personal keys are fully encrypted, which further contributes to the overall security of this wallet.

When it comes to web wallets, there should be a certain degree of trust. Cardano users, who are confident that they can trust such a service, ADA storage in the ADA Lite Wallet is an option worth considering.

The ADA Lite Wallet wallet is created by the Cardano community, and is interesting because it does not require an account creation. Instead, it is protected by a phrase that is similar to hardware wallets.

Nowadays, mobile wallets are vital for the development of any cryptocurrency ecosystem. In this regard, Cardano users can breathe a sigh of relief, since Infinito is such a solution.

The application is available for both iOS and Android, which should always be considered a good sign. However, this is not a Cardano-oriented wallet, as the platform supports over a thousand different tokens and assets. However, their Cardano integration was one of the first.

This is another multi-cryptocurrency wallet suitable for PC users. Guarda offers storage and instant trading for ADA.

The wallet does not require the KYC procedure, and the team does not store information about private keys. It is also possible to switch between ADA and other supported currencies.

Emurgo is the team responsible for issuing the Yoroi light wallet, which took place over a year ago. At that time, the options for convenient Cardano wallets were limited, which explained its high popularity among supporters of cryptocurrency. Even today it is widely used.

All private keys are encrypted and do not reach the Yoroi servers, so the information is always safe.

In terms of security, the Atomic Wallet often causes user praise. In addition, it is a convenient wallet that is suitable for both beginners and experienced users.

Publication date 13.05.2019
Share this material on social networks and leave your opinion in the comments below.