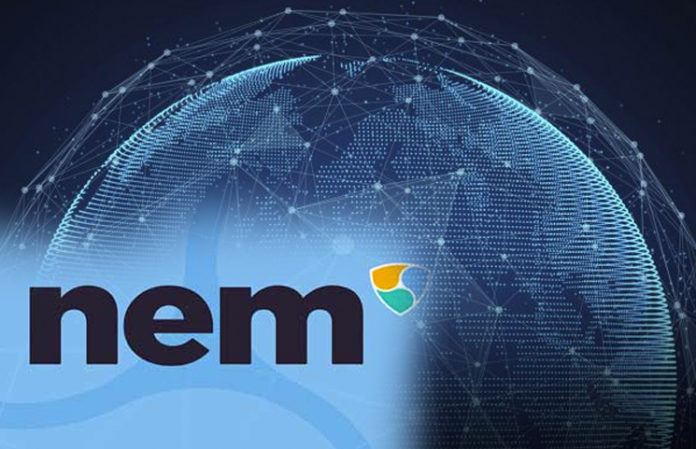 Many blockchain projects promise an interesting development of technology. We offer a look at 15 startups that are working on the use of the blockchain in a variety of industries. Some projects in the list have already completed ICO. They should be monitored to find out how the industry will develop further. In addition, their tokens can be a profitable investment – if not at the ICO stage, then in trading on exchanges.

Dadi is a blockchain start-up whose name stands for “Decentralized Architecture for the Democratic Internet”. The developers say they are working on the basics of the “new Internet”, which is faster, fairer and safer than the current one, and is not controlled by techno-giants.

The P2P network is built on the blockchain and uses “nebulous” calculations — that is, it takes free resources from computers in households and enterprises. It is cheaper than expensive central data servers. The team says their network is 60% cheaper than the existing Internet infrastructure.

DADI collected $ 30 million in January 2018. The team promises to return 85% of the profits back to the society, which will be co-owner of the network. Among the developers are experts who worked in the BBC, Barclays, Diesel, Renault and Nike. They themselves spent 4 years on the project and $ 2 million of their own money.

The FilmChain has a minimal online presence. This is a blockchain project aimed at creating a platform for film-makers. It will automatically collect the profits from the films and share among the members of the film crew, due to which it is planned to increase transparency and efficiency.

Big names of the film industry, such as Big Couch, Innovate UK and Imperial College London, are working with the platform

Varius World Tech (VWT) is an English techno-firm specializing in blockchain services for the gambling business. In its goals – to make the industry more transparent and reduce the costs of business. The company is still in the pre-ICO stage, but it has three planned products: VI protocol, casino hosting platform, VOX wallet where gaming tokens can be stored, and Winberry Casino – specialized software.

Kodak One is a platform for managing image rights. A blockchain solution is proposed to protect, distribute and license photos. The company's mission is to resist the growing pirate industry. The platform allows photographers to track ownership of their work and license transactions. The launch is scheduled for June 2019.

Medicalchain uses blockchain technology to store medical records. As written in their official mission: “to support one version of the truth” in the entire network of doctors, hospitals, laboratories, pharmacists and insurers.

In June 2018, the startup announced that it was working with the American medical center Mayo Clinic and was exploring how the blockchain and other types of distributed registry could benefit the medical sector, especially the storage of records.

The startup was founded by Abdullah Albeyatti, who graduated from Imperial College in London with a doctorate degree in 2011. The second co-founder is Mo Tayeb with an MBA degree in e-commerce. The project began work in 2017 and is based in London. During the ICO in February 2018, $ 24 million was raised.

VChain Technology offers “unbreakable strategic data-sharing” for airports and passport control services. The team patented a verification system based on the developed blockchain technology. The startup was founded by Alexander Gorelik and Irroy Ariella Key in January 2016. The headquarters is in London. The team has experience with government and security, as well as research at the University of Oxford – according to the VChain website.

Blockpass uses blockchain technology to verify identity. It turns personal data into an anonymous cryptographic code recorded in the blockchain. Users can control their data using such records. The point is that the client receives an online passport under his control. Companies reduce compliance costs because they do not need to store personal user data. Since its launch in May 2017, the startup has managed to enter into partnerships with 12 suppliers and companies.

BitTicket is a blockchain service for the delivery and distribution of tickets from vendors to fans. It is developed by its Scottish startup Citizen Ticket, and its goal is to remove unethical practices in ticket distribution: to avoid fakes, inflated prices, etc.

The service uses smart contracts concluded between sellers and buyers. So it is provided that tickets are not purchased by front men and bots. The transparency of the service allows you to track tickets after the sale. The first event organized with the help of BitTicket took place in May 2017. Now, almost 100 events are located on the blockchain, and the first major festivals will soon take place.

ALTR works with security. A Texas startup spent almost 4 years in stealth mode, concentrating on developing an advanced blockchain to work with cyber security. Now they have 8 patents, another 30 are pending.

The head of the project, David Sykora, says his mission is to develop a new cyber-security architecture, which is why ALTR has emerged. The team believes that the blockchain is the best replacement for the current model of cyber security, which has already shown itself not too well. The co-founders of the team worked in algorithmic trading, where the data literally means money, and where it is vital to maintain 100% cyber protection.

Storj is the first open source cloud storage and decentralized blockchain technology. The startup enables people to lend free space on computing devices and earn money on it. The mission of the project is to change the cloud computing industry and provide an increased level of privacy and security. The project works as a file system, the blockchain encrypts and distributes data worldwide.

The company was founded in 2015 and is based in Georgia. The total amount of funds raised is $ 35.4 million.

Dentacoin is positioning itself as a “blockchain solution for the global dental industry.” The goal of the project is to improve dentistry with the help of smart contracts between patients and doctors. The team wants to replace the existing dental system, where insurers receive premiums from users. In the new system, the clients themselves will directly pay the funds to the dentists.

The developers hope that their project will help doctors get long-term profits from their work. The project started in February 2017 in the Netherlands, and is already operating in 13 clinics.

Peertracks aims to change the reward system of musicians. Blockchain is used to allow artists to sell their music directly to fans. In this system, labels, subscriptions and advertising will not be required. The developers consider their system transparent and allowing musicians to receive money every time their track is played.

Naviaddress works with the address system. Blockchain provides a unique numeric ID where information about any place and object in the real or virtual world is encrypted. The startup is already working with companies such as Uber and DPD. The team wants to solve really significant problems: for example, that 4 billion people in the world do not have an address, and that 20% of addresses are not verified. The startup was founded in February 2015 by Mikhail Gamzin and Dmitry Moiseev.

Simple Token is the project's task to simplify the use of blockchain and cryptocurrency for companies that cannot afford crypto experts and programmers. Businessmen receive tools to create, launch and manage their tokens attached to Ethereum. The startup seeks to develop the entire software package to create a tokenized economy, and so that it does not require knowledge of the blockchain code. The project was founded in July 2016 by Jason Goldberg and Nishit Shah.

Elliptic tracks illegal Bitcoin streams and provides information to financial institutions and law enforcement agencies. For example, a team may tell you who has been enriched by the Wannacry virus. The project was founded in October 2013 by Adam Joyce, James Smith and Tom Robinson. All of them received doctoral degrees at Oxbridge and Imperial College in London. In March 2017, the project raised $ 5 million in the first round of fees.