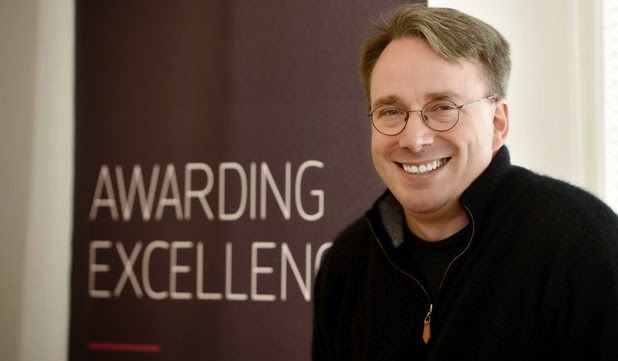 On October 31, 2008, someone under the pseudonym Satoshi Nakamoto published an article “Bitcoin: A Peer-to-Peer Electronic Cash System,” in which he outlined the concept of bitcoin . In honor of the tenth anniversary, we remember the 10 principles of the first cryptocurrency and how it was described by its creator.

Bitcoin allowed to get rid of intermediaries

"In most cases, Internet commerce relies on financial institutions acting as trusted intermediaries … A payment system based on cryptography, rather than trust, is needed."

Defenders of cryptocurrency like to say that Bitcoin does not rely on any central authority, for example, a bank that can deceive the user's trust.

For example, credit card companies allow buyers to cancel transactions in certain cases, due to which the seller cannot be sure of payment. Bitcoin removed intermediaries from this equation, making payments reliable and irreversible.

Why bitcoin can be trusted

"The addressee should know that none of the previous owners have signed a transaction preceding the time of the one that is in the chain of the coin sent to him … Let's begin the description of our solution from the timestamp server."

When using Bitcoin as a payment system, the biggest threat lies in double spending. When it comes to physical currency, double spending is not possible, since you have to transfer real money to the seller.

The fundamental reliability of Bitcoin is based on the fact that everyone knows about all previous transactions , so it is impossible to dispute their order.

Why the algorithm of Proof-of Work is so important

“Records formed in this way cannot be changed without re-performing the entire amount of calculations. As new blocks are added to the chain, the work on changing this block will require redoing all subsequent blocks. ”

One of the reasons why Bitcoin turned out to be such a stable system is that it only becomes stronger over time and this strength is largely based on the Proof-of Work algorithm .

The longer the block chain becomes, the more effort is required to successfully attack it. As the complexity of the Proof-of Work algorithm only increases over time, Bitcoin continues to strengthen its protection against hackers.

"The system is safe, while under the cumulative control of its honest participants there is more computing power than under the control of a group of criminals acting together."

In order to function properly, Bitcoin must be reliable enough to resist hackers trying to create a long chain of fake transactions that will overtake the true blockchain .

This requires computational power, and this also contains a vulnerability that attackers can take advantage of at some point: if there are enough people (51% of the entire computing power of the network) who want to bring down Bitcoin, they can threaten its integrity.

As bitcoin continues to grow

"Participants always consider the longest version of the chain to be true and work on extending it."

As Bitcoin became increasingly popular, the problem arose that not all Bitcoin network nodes always worked with the latest version of the blockchain. However, over time, subsequent transactions were added to the longest block chain, and the entire network was updated to this version.

Incentive to engage in bitcoin mining

“By default, the first transaction in the block is special, creating a new coin that belongs to the creator of the block. Such a scheme encourages honest members of the network, encouraging them to support the work of the network, and also decides on the initial distribution of the money supply in the absence of a central issuer.

Mining bitcoins has always been a very tempting occupation, and as the bitcoin rate rises, huge computational resources are used to form new blocks and receive a small reward for bitcoins.

According to White Paper Nakamoto, mining also encourages users with huge computing power not to sabotage the system, but to play by the rules, since in this case they will be able to earn more.

How to cope with the growth of Bitcoin

“As soon as the last transaction related to a token is buried under a large number of new blocks, all the transactions preceding it can be deleted to save disk space.”

As Bitcoin grew in popularity, the speed of the system slowed down, but the founders of Bitcoin foresaw this development and suggested cutting off unnecessary branches of the hash tree. This principle provides for the compression of old blocks by eliminating intermediate hashes, storage of which is unnecessary after a certain number of transactions.

However, theoretically cutting a blockchain can cause more problems than specified in White Paper Nakamoto, since no one can guarantee that in the block that will be offered to compress, there is no information vital for the functioning of the whole blockchain.

The ability to conduct any transaction

“Despite the fact that you can operate with individual tokens, creating a special transaction for each cent would be too inconvenient. In order to be able to add and separate tokens, transactions contain several inputs and outputs. ”

Ordinary currencies have currency of different denominations, for example, coins of 1 euro or twenty-dollar bills. Bitcoin could theoretically also be structured this way. And yet it is more efficient to make transactions, the size of which varies in any direction.

If we need to pay $ 4 in cash, we will have to pay out 4 one-dollar bills, and the Bitcoin user has the opportunity to pay with a “four-bitcoin bill”, rather than forcing the blockchain to make 4 transactions of 1 Bitcoin each.

“The information will be open that someone sent someone a certain amount, but without reference to specific individuals. The same amount of data is disclosed on the stock exchanges that publish the time and volume of private transactions, without specifying who exactly they were made. ”

Confidentiality is a significant advantage that cryptocurrencies have over most other payment systems. Bitcoin was not such a confidential system, as it seemed to some users, which led to the emergence of competitors cryptocurrency, paying more attention to privacy issues.

However, White Paper Nakamoto mentions additional protection measures that Bitcoin users can use, for example, by creating different key pairs for each new transaction.

“Nodes will never accept an incorrect transaction or a block containing it. The attacker can only try to change one of his transactions in order to recover the money. ”

In the last section, Nakamoto analyzes the hacker’s chances of creating an alternative blockchain. To succeed, he will have to work fast enough for his fake chain to be accepted by other participants. Otherwise, if an attacker gets ahead of other nodes, his chances of changing the previous transaction will eventually be reduced to zero.