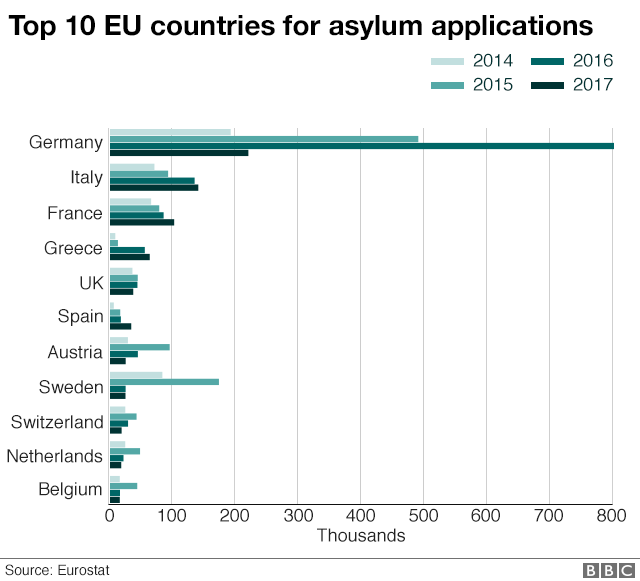 Every day, on average, four ICO projects are launched in the world, but in 2018, the vast majority of them crash as quickly as they appear. It would seem that it’s time to close the “ICO shop”: investors demand respect for their rights, regulators began to ask difficult questions, and even to “tezemun” far away. But there is also the opposite opinion that the ICO market has not disappeared, but only transformed itself and moved into a less public plane. More on this in the special material for the BlockchainJournal magazine was told by the head of Blockchain Practitioner Juscutum JC Julia Shtabskaya.

Over the past couple of years, the ICO-boom has become clear that projects mainly produce analogs of securities, and this, in turn, attracts venture capital investors. On the other hand, many regulators decided on the requirements for both the ICO-projects themselves and their investors.

And while Asia and America are competing in the progressive regulation of the cryptocurrency market, conservative Europe is confidently accepting projects under its wing that want to raise funds with the help of cryptocurrencies.

Despite the fact that in Europe there is not yet a single body that centrally regulates the emission of tokens, this does not prevent states from independently developing their own approaches to this issue.

Recently, the chairman of the European Organization for Securities and Markets (ESMA), Stephen Major, noted the similarity of the issue of tokens with financial instruments, which makes it possible to apply certain regulatory requirements to them. But what to do with ICOs that do not fit into this framework? ESMA announced its intention to allocate more than 1 million euros for the monitoring of cryptocurrency and other fintech activities in 2019. It is planned that by the end of 2018, ESMA will report on its position on the regulation of this sphere.

Where to go to the ICO-project?

When there is a question about the choice of countries for the ICO, the majority recalls such jurisdictions as Gibraltar, Estonia, Switzerland. Yes, they all worked hard on their PR, as countries loyal to the cryptocurrency business. In parallel with this, there are a number of European regulators who do more than they say. Consider the top ten European jurisdictions where ICO-projects feel most comfortable, on the example of successful cases of 2018.

Malta became the first country in the world to provide a clear regulatory framework for ICOs, tokens and cryptocurrencies. Malta’s Prime Minister, Joseph Muscat, has implacably announced that he plans to turn Malta into a blockchain island. And these are not empty words, the authorities are actively working on a regulatory framework that would respond to the needs of this area. Thus, a bill has already been submitted to regulate the Digital Innovation Authority , which affects the requirements and certification of DLT platforms, and blockchain projects in particular.

Malta is popular among blockchain companies due to its loyal tax system. In March, dozens of blockchain companies moved to its jurisdiction, for example, OKex, ZB.com and Bitbay. And in September, the leading in terms of trading volume, the Binance cryptocurrency exchange and the Malta Stock Exchange signed a memorandum of understanding, which will create a platform for trading tokens with properties of securities.

In 2018, the Maltese ICO-projects collected about $ 134 million (hereinafter, the figures on fees are taken from the September report of Fabric Venture – BlockchainJournal note). Among them are The Abyss (DAICO), Play2Live, Intimate, HOLD and others.

This small country has become a major center for blockchain projects. It is Switzerland that is now the leader among European countries in terms of the amount of funds raised to projects through an ICO. At the end of September this amount is more than $ 556 million.

Swiss authorities are creating the most developed ecosystem for blockchain startups. In the canton of Zug is the holy of holies of the cryptocurrency world – Crypto Valley (Crypto Valley Association), which aims to create the world's best ecosystem for the blockchain and related technologies. It was Cryptodolina that became the birthplace of the Ethereum Foundation, the headquarters of Monetas, Lykke and dozens of other blockchain projects. In addition, Zug became the first city where Bitcoins are paid a parking fee in the wrong place, and you can even exchange cryptocurrency for Fiat even in some banks.

If it is explained very briefly, the regulation of the ICO is carried out as follows: if the company's tokens are recognized as a financial instrument, then the usual financial legislation applies. If tokens give some services or privileges, then this is not regulated.

Among the Swiss ICO-projects, which collected from $ 10 million in 2018, are Friendz, Smart Containers, NEXO, BitNautic, Quant Network, Essentia and others.

In September 2018, the legislative system for the ICO was launched in France. Now, in order to conduct an initial coin offer (ICO), a company must request permission from the Financial Markets Authority of France (AMF). Such an audit protects investors and reduces the risk of losing money, money laundering and terrorist financing.

In 2018 in France, projects managed to raise $ 63 million through the production of tokens.

France probably has a goal to become an attractive country for launching a cryptocurrency business, and by issuing a set of rules, the country is trying to attract foreign investors.

This is confirmed by the project ICO Visa. Such a visa gives the green light to banks for working with crypto projects, so foreign companies cannot apply for it. Projects that want to hold a fundraiser submit the whitepaper for review, where they must indicate the following data:

• a description of the project and its roadmap;
• rights granted by the token;
• a competent court in the event of a dispute;
• economic goal and further use of the funds collected at the ICO.

Recently, the CEO of the French decentralized cryptobirth of Blockchain.io Pierre Noisat, who intends to raise 60 million euros, has recently applied for an ICO visa.

Thus, France is clearly not going to take positions and is trying to do what Facebook once did with Instagram – to monetize the industry correctly and involve the whole world in the process. Despite the fact that there are still questions on regulation, the country intends to further develop in this direction.

In Germany, the regulatory framework for the regulation of virtual currency in the economy has been developed for a long time. Back in 2013, the digital currency was legalized by the German Federal Ministry of Finance and received the status of “unit of account”. This means that it is recognized as a financial instrument that can be used in private transactions. If virtual currency was used in commercial transactions, this action was coordinated with the Federal Financial Supervision Authority of Germany (BaFin).

In March 2018, the cryptocurrency was recognized as legal tender . Citizens who buy goods or services and pay with a cryptocurrency are not exempted from paying VAT. But intermediaries, exchanges, for example, are officially exempt from taxes. The same story with commission fees for miners.

In the summer of this year, BaFin announced that six German banks are already working with digital currency, and its users can exchange it for Fiat at the box office or ATM.

The past 10 years, Estonia has been an example for many European countries in the field of business, namely, in the progressiveness of digital solutions by the government. And while the EU cannot come to a unified regulation, ICOs in Estonia are allowed, but there are a number of conditions. The main thing is that when analyzing tokens one needs to take into account the actual circumstances – the content should prevail over the form.

In 2018, Estonian ICO projects raised $ 157 million. Among them, AdHive, SKYFchain and Lympo.

The Republic of Belarus has become one of the countries where ICO, cryptobirds, digital tokens and cryptocurrencies are regulated at the legislative level. On March 28, 2018, the Decree “On the Development of the Digital Economy” entered into force, which effectively legalized any business activity related to blockchain, tokens and digital currencies. Moreover, unlike in a number of countries, in Belarus, according to the Decree, mining and trading on the stock exchange are not taxed.

The goal of the government, by providing tax breaks and other privileges, is to replenish the state budget at the expense of foreign capital and strengthen relations with the West.

Today in Lithuania there is no special regulation for ICO, but the authorities in a recent statement committed themselves to creating a regulatory framework for cryptocurrency business, noting the advantages that this approach will give to the market.

In fact, the ICO market in Lithuania already exists , and, as stated by the Deputy Director of the Lithuanian Financial Crime Investigation Service (FNTT), Mindaugas Petrauskas, over the past year and a half, the volume of investment attracted to Lithuanian ICO has increased by 300% and amounted to about $ 0.5 billion.

For example, in Lithuania, the DESICO ICO platform is launched for projects that issue security tokens. The DESICO team itself plans to enter STO (Security Token Offering) in the fall.

In 2018, Lithuanian ICO projects attracted more than $ 271 million, among them: Bankera, WePower, Debitum Network and others.

At the moment in Luxembourg there is no special regulation of ICO. However, the country strongly supports the cryptocurrency market, and local regulators are studying the experience of their neighbors. Considering that Luxembourg is called the financial center of Europe, there are good reasons to believe that soon this state will come to the regulatory framework of the ICO.

Among the few projects launched in Luxembourg, we can distinguish TICKO, AvantGarde Ratings, which collected the necessary funds for the development of their platforms.

The UK has always been popular in terms of doing business at the expense of a developed banking system, stock exchanges, and convenience in general. And as long as there is no specific law that would regulate ICO, this way of raising funds is still welcomed by the state.

So, here was created a special program, Innovate Hub. Despite the fact that the FCA places the tokensulas under the existing legislative base of the state, the issue of regulating the ICO and, in fact, the turnover of the tokens themselves remains open . Therefore, now the UK, like other countries, is working on cryptocurrency rules and the ICO process.

In 2018, British ICO projects managed to attract more than $ 490 million. Among them: Travala.com, Omnitude, MoneyToken, Xriba, Datareum, Medicalchain and many others.

Little Gibraltar seems intent on making a significant contribution to the development of ICO’s world history. Since January 2018, the legal framework for Distributed Ledger Technology has been introduced here. Thus, under the protection of Britain, Gibraltar remains politically independent and forms the legal basis, without looking back at the decisions of the slow bureaucrats of the Kingdom.

By the beginning of September 2018, projects collected $ 157 million through ICO in Gibraltar. Among them, Globitex, ConnectJob, Dether and many others.

2018 can not be called simple for the cryptocurrency industry. The market is undergoing a transformation, and clarifying the rules of the game with regulators can serve as a good foundation for new ICO projects. In the increasing complexity of regulatory procedures for attracting funds through the production and sale of tokens there are great advantages. This can solve the fundamental problems for blockchain startups. Firstly, large funds invest in such projects with great enthusiasm, and, secondly, the traditional financial system will be able to more comfortably interact with them.